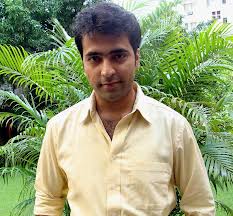 Abir Chatterjee is the most popular actor in TV media and Kolkata Bengali film. He son of Phalguni and Rumki Chatterjee. Since childhood he involved in noted theater likes his parents. He started his career in Bengali Television and after his made bangla movie or first debuted movie was Cross Connection released on 2009. He acting many TV serials. Proloy is the most popular serial than others serials. His media years active 2004 and present times.

Education and Childhood:
Abir Chatterjee childhood place was kolkata. He completed his Bacheolors degree from Goenka college of commerce and Business Administration in Calcutta and MBA in finance from ICFAI Business School. Abir Chatterjee 7 years done the job of INDIABULLS Company.

Height:
May be Abir Chatterjee is the tallest hero in Tollywood. His height is 6’2″ and his body wet. is 72kg.