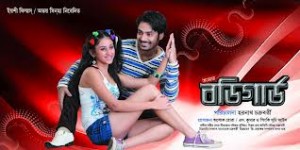 the same step with the world compete for the title of the movie. Using advanced technology of Bengali cinema and the movie becomes are resilient and reliable. Amar Bodyguard that’s like modernization movie.

Amar Bodyguard is a new romantic, action and comedian Indian Bengali movie, Which movie will be release date on April, 2013.This movie directed by Haranath Chakraborty and starring by Pratik and Ridhima Ghosh. Primarily Ridhima Ghosh was known as television actress and after she cames in film industry. Her first debuted television serial was “Bou Kotha Kou. Her first debuted film was Friend on 2009.