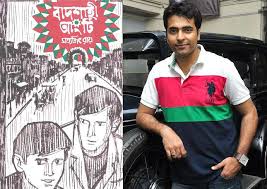 Without Badshahi Angti movie has played Abir Chatterjee more of a Feluda series movie. The movie name was Abar Byomkesh Byokshi. The movie central character played by Abir Chatterjee. The film was very discussed and popularity on his time.