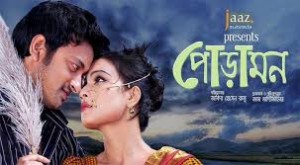 Poramon is romantic and dramatical bangla movie. Poramon movie starring by hot queen Mahi and Simon. Poramon is the third movie of Mahi. Simon and Mahi paired up the first movie of Poramon. Poramon movie based on village and township climax. Red one camera is the latest camera in Bangladesh in present time. This camera used make by Poramon.