Ankush Hazra is the most popular and leading actor in Bengali film industry. He is now known face actor. His first or debuted film was Kellafate and his turning movie was Idiot with Srabanti Chatterjee. He involved in acting 2010 from in presents time. 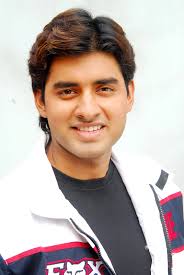 Educational Qualification:
Ankush Hazra’s life first school was Holy Rock school and East West Model school both in Talit in Bardhaman. Childhood he likes acting and practice. He got a big chance to study Electronic engineering in Durgapur. After he completed BBA and his education life and involved bengali film.

Height:
Ankush Hazra is the tallest hero in Tollywood. His height is 5’9.5″.

Film career:
Ankush Hazra is known as film actor. He started his career in 2010 through Kellafate bengali movie with Ruposhree and this movie directed by Pijus Saha.