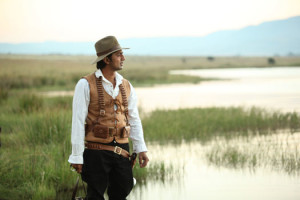 Chander Pahar movie main casting Dev and he is the lead role in this movie. His movie casting name is Shankar Roy Chowdhury. Chander Pahar movie story is 1909-1910 years a Bengali young boy’s adventure life in Africa. Who recently failed his graduation exam and finds a job. At a times he gets a job in Uganda railway station. He works Uganda railway but he wants to be fallow of famous explorers like Livingstone, Mungo Park and Macro Polo’s life and their adventure work. After few months he spends his life in railway station. Later he resigned his job and stations masters helped he took a job a desolate station,which in sometimes attacked by dangerous animals.

Eventually Shankar Roy Chowdhury gives up his jobs and meet with Diego Alvarez and Jim Carter. They together decide gone to venture in African forests. Alvarez killed by the mysterious environment and the same had taken Jim Carter’s life. Then he sets out civilization and Shakar Roy Chowdhury face to danger moments and he finds a cave and he enterted the cave. Then started his lives war. 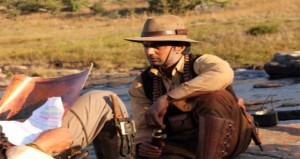 Chander Pahar movie for shooting Dev and Chander Pahar movie teams will camp various places in Africa. There main camp was Johannesburg and it’s near. Others place was Jungles of Mpumalanga,Kruger National Park,Blyde River Canyon,Mountains of Drakensberg,Elands River Valley,Kalahari Desert and also in shirt filming in Kenya and Uganda besides South Africa.