City Lights is an upcoming Hindi movie year of 2014. The movie directed by Hansal Mehta and produced by Vikram Bhatt. The Hindi movie making under the banner of Visheh Films and Fox Star Studios. It’s an dramatic upcoming Bollywood Hindi movie. 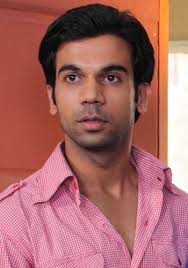 City Lights is an drama based upcoming Hindi movie. It’s movie starring by Raj Kumar Yadav, Geetanjali Thapa, Patralekha and others. They are playing the leads character in this movie. It is the remake film of British movie “Metro Manila” was released on 2013 starring by Jake Macapagal, Althea Vega and John Arcilla.

Firstly the movie director was Ajay Bhal. But producer change director and his releaced come on Hansal Mehta. The movie leading male character before name was Raj Kumar Rao. Now he is known as Raj Kumar Yadav. His first debuted film was Love Sex or Dhoka was released on 2010. His others movie were Ragini MMS, Shaitan, Gangs of Wasseypur- part 2, Chittagong, Talaash, Kai Po Che!, Shahid, D-Day and his upcoming movie are Queen, Rave Party and Dolly Ki Doli etc.

Movie plot:
City Lights upcoming movie is arounded a village farmer. He is poor farmer. He wants to change his fortunate. For this reason he gone to Mumbai. The movie story based on his search of livelihood.

Release date:
City Lights Hindi movie may be released on 1 May 2014 in whole Indian hall.