Dallywood Award ceremony in New York was inhabited cities in North America have started with the notion of speculation. The last book in the waiting room held on Sunday,7th April . Queens York College celebrities from the world of big aditoriyam evening was hostedÂ  silver star invite the viewer to the artist Noushin and Chancal Chowdhury. The present stage of Nagor Baoul James, 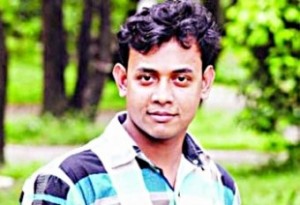 This event is jointly sponsored by The Home and the People N Tech. The film and music outside of the country’s top artists in the assessment of 2000 that started in New York, one of the most popular and high right world Dallywood Award today it has become the award ceremony.Long 1 year arrangments dallywood Award for Strategic Forum Movies and music by top artists from the world tree.

It has been honored with the Achievement nayakaraja Razzak, Kobory, Babita, Humayun pharidi. The music Sabina Yesmin, pheradausi Rahman, and subir Nandi is this honor. Bengali literature was a popular writer Humayun Ahmed and kathasahityik Rabeya khatun present in late stage dallywood Award.

The Bangladeshi star is not only the best platform, the best of Bollywood stars in India from Calcutta to the present by 12 year long. In the Bollywood karisama Kapoor, Shilpa sethi, Tanusri Dutta, Rani Mukherjee, Kim Sharma, Kolkata hardathrub Rituparna senagupta and popular music stars with artists in Haimanti Shukla.

Kolkata Zee Bangla the popular reality television show ‘Mirraccle Accale Challengers -6 contest champion Rony. The first is a product of Abu Henna Rony subhecchaduta the organization. Recently, the organization has signed the agreement with Rony said.
Rony said, ‘subhecchaduta as well as acting as a commodity – In its February’ll work. Conversation arrangement has been finalized. In its first week of April when the . I’m going to take part in the 4 April dallywood Award. It can not be so shooting. We hope the U.S. by the Bengalis who can represent your best performance.