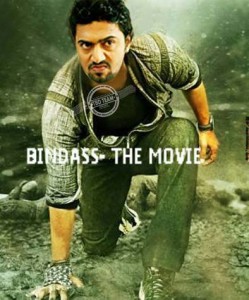 Type of Bindass movie:
Bindass is an upcoming romantic, super action and dramatic mixed Indian bangla movie. Which means that all the elements of entertainment to viewers in the movie.

Bindass movie story:
Tollywood the most popular hero Dev is the first film are played by two to one. The one with the hero of the movie is simple village boy and played a ultra modern engineering young boy. Visitors can see the movie hero of the role reversal. Otherwise Sayantika lives in a village and Srabanti lives in town and she is a modern girl in this movie.

Tracklists in Bindass movie:
Bindass is an upcoming romantic and dramatic movie is right. But Bindass will be a songs movie too. Bindass movie music composed by hot and favorite singer and music director Jeet Ganguly. V. Music will release the film’s Bindass movie songs.

Release date of Bindass:
Director Rajib Kumar Biswas said, Bindass Bengali movie will be well done movie in 2013 or 2014. He said too, Bindass movie may be released on 2013 or 2014. So this movie seen for yet some months.