Dhadkan 2 is an upcoming triangular romantic based hindi movie. The movie directed by Dharmesh Darshan and produced by Ratan Jain. Dhadkan 2 is the sequel movie of Dhadkan super hit hindi movie. 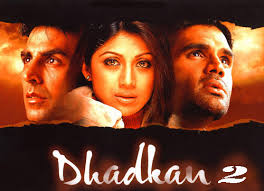 Dhadkan 2 upcoming Bollywood romantic hindi movie shooting will started on January 2014 and this movie will be released on 2014 last time in World wide.