‘No, no’ You’re acting together finally accomplished Nipun Akhter and Eamin Haque Bobby. Mohammad Hossain managed ‘I Do not Care’ film. Both can be seen together. It’s movie hero are Bappy and Newcomer Dhallywood hero Shadi.

Nipun and Bobby will work together so suddenly decided after finalization of the work she isn’t doing in the film. He had not played in this film source by her relatives. Several of the press was writing.

But from the beginning, the producer – director Mohammad Hossain said, he knows nothing about it. Nipun did nothing directly to him. But she does not work, and claimed she was told directly to director. However, the argument is Mohammad Hossain. Nipun and Bobby are together played with ‘I Do not Care’ and the film has already started shooting. 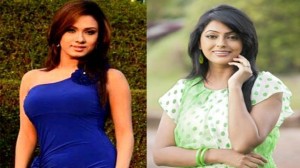 Nipun said, I’m working it’s true. Do not want to look back on backwards. Because I work in the film Mohammad Hossain received the National Film Award. His two films I’ve done. ‘I Do not Care’ photo story, character, dress, etc. There has been disagreement about. It has gone away. This is a problem I do not.

Producer – director Mohammad Hossain said, Nipun, Bappi, Bobby and I are planning a new hero with many artists in the ‘I Do not Care”re shooting pictures. My film was not a problem before, still there.