Recently European market has banned Indian mango, eggplant and others food products. Fruit and vegetables exported from India last year toxic animal and other harmful insects is restricted in terms of getting out. So European market is narrow for Indian business. For Indian economical side very loss of export. 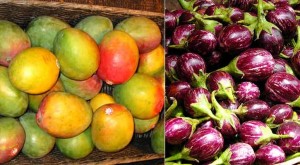 Mango and eggplant from India has imposed a ban on imports of the European Union (EU). Gourd and whingeing also been banned. The ban will be effective from the month of May, said the EU food and agricultural safety monitoring committee, the Standing Committee on Plant and Health.

EU’s’ phaitosyanitari certification system ‘experiments could be India’s these fruits and vegetables mentioned manottirna committee, insect and pest spread all European agriculture and agricultural production are likely to be affected.’

The UK Department for Environment Food and Rural Affairs said it had supported the ban, the ban is necessary because all the insects in the UK, 321 million pounds of vegetables in tomato and cucumber production sector could be threatened.

Between 31 December 2015, authorities said the ban would be considered. Expressed disappointment at the decision of vegetables and mango exporters in India. They fear the loss of billions of rupees.

British MP of Indian origin Keith Bhaz sanctions have expressed dissatisfaction. He said this decision was taken without consultation with the victims of sanctions. He sent the letter to the European Commission to reconsider the ban.

Indian high commission very worried this issue. Because this banned Indian will loss many rupees. India export mango and vegetables in European market earn a huge remittance. But this opportunity has been closed this decision of European health organizations.