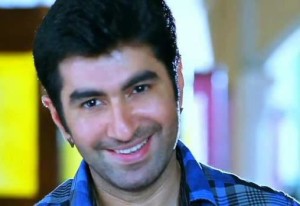 In a first time Jeet and Prasenjit together acted No Entry bengali movie with Bollywood famous director Boney Kapoor. That is the first time Jeet worked a Bollywood director. Jeet and Prasenjit is a actor whose have many movie in Tollywood. Such as Jeet movie Deewana, 100% Love, SHati, Shakti, Meemshaheb, Nater Guru, Bandhon and Shuvodiristi. Prasenjit movie are Baise Srabon, Autograph, Papi, Repuzi, Protibad, Biyer Fool, Sobuj Shati etc.

Boney Kapoor is an talent, Gentle and experienced Hindi movie director and producer. His have many Hindi movie in Bollywood. Such as It,s my life, Millenge Millenge, Wanted, No Entry, Befawaa, Khushi, Shakti, Company, Pukar and Lofar etc.

Release date: No Entry movie shooting strated in 2013 and its released on 2014. After release this movie releasing this movie song.