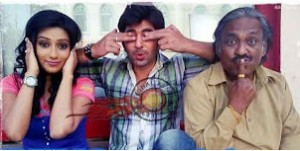 Josh 2 will be make baesd on humour, love story and action. Movie viewers will get a new movie by Josh 2. Sayantika is a newcomer in Tollywood, which first debuted movie Awara with superstar jeet. This movie introduced to Sayantika a talent newcomer heroine. Her movie first Awara get released on 2013 and was running successful since three months. Awara movie song are very superhit at that’s times.