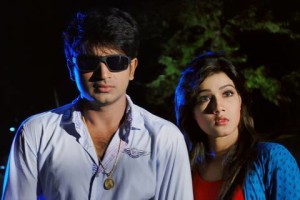 Now Bappy Chowdhury and Mahiya Mahi is very popular paired in Bangladeshi Film Industry. Ki Darun Dekhte is the third paired up Bangla movie of their. The film managed by Wazed Ali and it’s film again through the image appeared on the screen is the most popular Bappy and Mahi. The film will be released on November 9, said the film production company.

Bappy and Mahi combination of three movies have been released. Their paired up three movie were romantic based movie. Their debuted film was Bhalobashar Rong was released on 2012. It was a commercial success and popularity of these visitors were super hits. It was produced by Jaaz Multimedia.

Bappy Chowdhury and Mahiya Mahi starring by Ki Darun Dekhte movie will be released on November 29, 2013. Already this movie songs were released you tube.