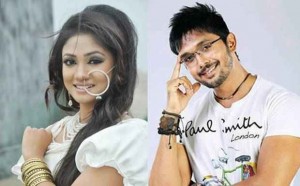 Kistimat is the second Bangla movie of the film director Ashiqur Rahman. His first movie is Ganster Returns starring by Apurbo and Piya Bipasha. But the film is not released to still.

Storyline:
Police officers are being built with indomitable breathtaking story of the mission to ‘Kistimat’. For the first time in the movie Jodi Arefin Shuvo and Achol. Arefin Shuvo character name is Durjoy in this movie .

Kistimat upcoming Bangla movie may released on 2014 last time or December 2014. Last Saturday (15th March 2014) Bangladesh Film Development Corporation Floor no. 6 was held the film Shuvo Mohorat and by this time the film shooting was started.