Srabanti and Hiran Chatterjee starring by a new Bengali movie name is Majnu coming soon.It’s an sweet romantic love movie. It is the second paired up movie of their. It’s movie directed by Rajib Biswas. It made under the banner of Shree Venkatesh Films Pvt. Ltd. and Surinders Films Ltd. It’s movie also starring by Biswajit Chakraborty, Supriyo Dutta and other artists. 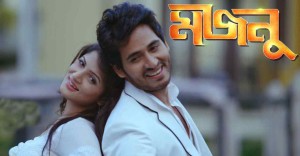 Majnu movie plot is very simple but amazing. The story of the movie central character is a girl. Once upon a times she falls in love. But her family deny love and decided fixed her marriage. Then started a interesting climax in this movie.

Majnu is fully romantic and whole entertainment Bengali movie. All entertainments element gets in this movie. It’s movie may be released on 2013 last period or 2014 first period.