In a short time will be started on Metro rail’s work. Metro rail from Uttara to Motijheel 20 km ( pilarer railline ) will be build . Phases of the rail in Dhaka , Narayanganj , Munshiganj , Manikganj , Gazipur and Narsingdi will be extended . Project land acquisition , construction and management of railways will be the responsibility of state transport Company Ltd , a company in Dhaka . Will take care of Dhaka Transport Coordination Authority. If you’re traveling without tickets Metro tickets cost 10 times the fine will be recovered. Provision of a cabinet meeting on Monday (29/04/2014), Metro Rail has approved the draft of Act 2014 . 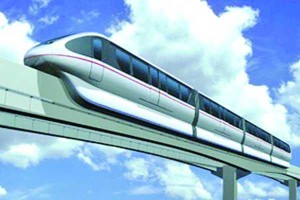 Twenty thousand crore project cost . The consultant has already been appointed . Preparation of detailed design and land acquisition will be started soon . The metro rail construction will start in 2016-17 . Maximum of 10 years imprisonment for the Metro Rail operates without a license or a fine of one crore taka to both the bar . Baby transport company hired to determine the seven-member committee will be headed by the Executive Director . The Committee considered the financial sustainability of the public will decide to hire . Rent will be reviewed at least once annually . Metro Railway Mobile Court Act prosecution of such crimes under the law – according to 009 . Metro will operate on the life insurance company is mandatory for all passenger visits . Institutions operating in the event of an accident the insurance money to pay the initiative will provide accident victims as compensation to the person . In addition to the metro passengers will relerao insurance .

Investment Corporation of Bangladesh Law Cabinet meeting – 2014 – of the draft final and official vehicles (used), Act 014 – the draft has been approved. Without the financial and technical cooperation agreement between Bangladesh and Egypt on Economic and Industrial Co – operation Heading prime minister has prastabeo agreement.

The minister also said that the minister of state for the next 4 in May and the Rural Development and Cooperatives pratimantrike coordinated campaign to prevent accidents and traffic congestion will be started .

In fact , last Sunday, tense voice ‘ street pangs ‘ Metro Rail project , land acquisition problems with the report that have stuck it up there . Other than the fact that the plan was not implemented, the report highlights . Then yesterday, the minister heard the message of hope about the metro rail project . The first step in front of the Bangladesh Bank in Motijheel to Uttara third phase 10, the government decided to establish the decimal 1 kilometer elevated metro rail.