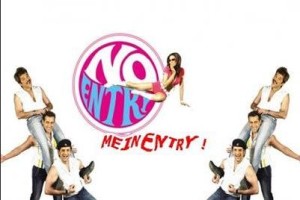 Anees Bazmee is known as popular director in Bollywood. He is not only director but also witter and screenplay writter. His directorial film were Hulchul, Pyaar To Hona Hi Tha, Deewangee, No Entry, Sandwich, Welcome, Singh is King, No Problem, Thank You and Ready. His upcoming movie are Welcome Back, No Entry Mein Entry and Hera Pheri 4 etc.

Release date:
Salman Khan, Anil Kapoor and Fardeen Khan acting by new upcoming hindi movie No Entry Mein Entry movie filming started on January 2015. And this movie released on 2015 last time (may be) in India. Instead of this film will be released on abroad.