O Teri 2014 is an upcoming Bollwood comedy film. The film directed by Umesh Bhisht and produced bu Atul Agnihotri. The film best attraction Salamn Khan is the cameo caharacter in this film. 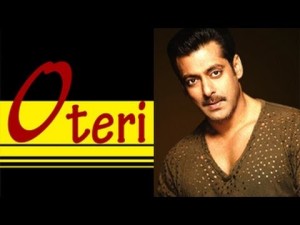 The film music director Himesh Reshammiya said that, O Teri comedy hindi film songs will be well because i try to my best attempt this film songs.