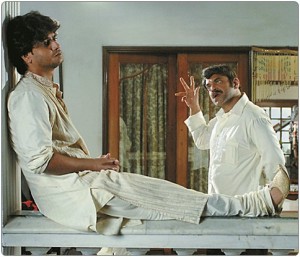 Rajatava Dutta said, my character is the film’s sense of loony-bin. I’ve played a lot of So far as – a gangster, a good man, drunk and played by monster character. But is the first time playing by a mad character. My character completely exceptional. So this character playing a big challenge with me.

Rahul Bandopadhyay said, Mad character is the playing first time. My character is a boy of being a fool. I have not played any of these before. At first I was very worried about his character. I should be able to portray the character? But after reading the script do not be forfeited. That’ll do. Above all, I hope the audience will like all types of movies.

Anshuman the loony-bin blown happiness laughter movies. But the film has a meaningful issues. There are some social messages in the movie off-course. After being forced to think people will find that watching movies. Here are some of the messages, but have not quite comedy movie for viewers.

Movie plot:
The film name is “Paglagarod”. The film made ​​an average of around two mad. They chase the taste of home in a Mental Hospital in the city of shelter. Rajatava Dutta and Rahul were the two rails. And there are many interesting events occur. What is the all harassed. The movie has been made ​​about the two stories.

Release date:
Kolkata upcoming Bengali movie”Paglagarod” may be released date on 2014 mid time in Kolkata and others place.