Paglu 3 is an popular series movie acted by Dev and Koel Mollick. It,s movie series create a new era and their himself audience and they are like love Paglu series any where movie, song and locations etc. 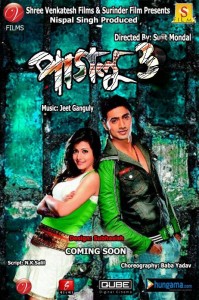 So extra expect to Paglu 3. Dev and Koel said, audienace will get a dramatic and romantic bangla via Paglu 3. Coming soon will be released Paglu 3 audio, video and mp3 song.