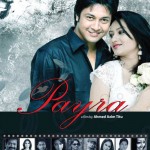 Deepali is known as model and from now film actress side your name. Bangla film industry will get a newcomer cute actress Deepali. Her media life strated by modeling. Deepali said, after release this movie audience will get a new me and i will get a new plot.

Emon is very popular model by began his media career. His big break is advertisement of Tele-communication Banglink. After this advertisment change his career in night by night. By this add he going to go ahead to front. Ispahani Arif Jahan directed by ” Ek Buk Bhalobasa” was the first debuted film. In present Emon is very busy to his media career. Movie viewers will next very well movie to Emon. Inout Emon was gift many entertainer movie. Such as Gohine Sobddho, Laltip is the most one of them.

Shatabdhi Wahdudh is very powerful actor in Bangladeshi media. He acheived National Film Award-2011 by Nasir Uddin Yousuf’s freedom fighter movie “Guerrilla”. Recently he completed his upcoming movie Tanveer Mukhammel directed by ” Jibondhuli”. He said, Payra is the seven movie of his media career life. After this movie shooting he was goimg to Malaysia for tour. First time he will going to Malaysia for goal of shooting.Director said, we will going to Malaysia next month on May for Payra movie shooting.