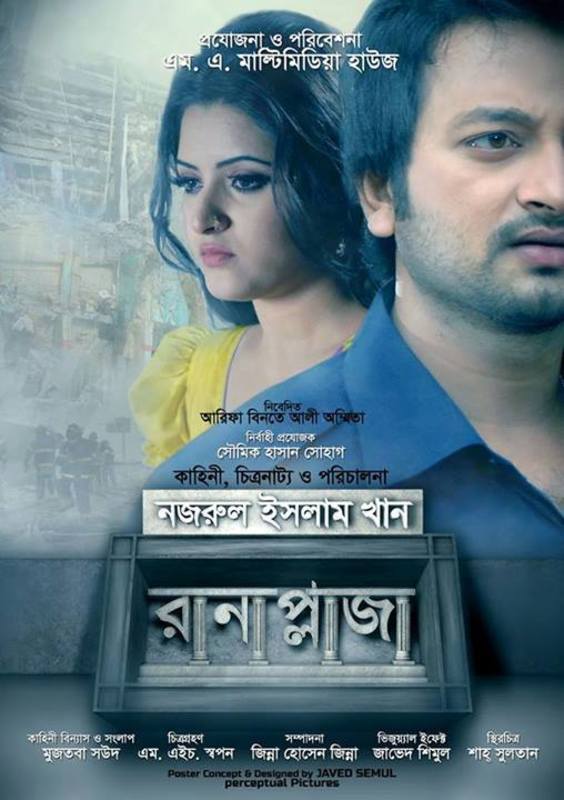 According to the director of the film, the film is played by newcomer heroine Pormoni as Reshma. Simon is acting against her hero. In addition to starring by Abul Hayat, Prabir Mitra, Miju Ahmed, Shirin Alam, kabila with more others.

Reshma is one of the character of the building in the event of landslides at Rana plaza. She was rescued after 17 days in landslides buildings in the world he could surprise people. The story of him and at Rana plaza story is going to be built a movie!

The most serious incident took place in remembrance of the building avalanche of 4th April 2013. After 17 days from the occurrence of the debris agnisbaksi resana miraculously rescued alive, a garment worker. The center of the Reshma “Rana Plaza Reshma” going to create the film’s young director Nazrul Islam Khan.

About this movie Nazrul Islam Khan said, Rana Plazar Reshma will be a romantic story based tragic Bangla movie. A pair of young boy and girl lives in the struggle to bring Rana Plaza tragedy up pretty well equipped.

Movie stories have been told almost everything right. He expressed the hope that he will start shooting the film next January 15 on BFDC. Shooting this photo FDC karaitalaya already been created  a slum set. He also set making multiple National Film Award-winning art directed by Kalantor.