Dhallywood popular actress Sabnur gave birth a baby boy of Australian hospital. And she finally got a taste of motherhood. Yesterday (29th December 2013) at 8 pm local time (3 pm Bangladesh time) gave birth to the son. Initially the child’s name is Ijen Nehan. Her weight at 6 lbs. 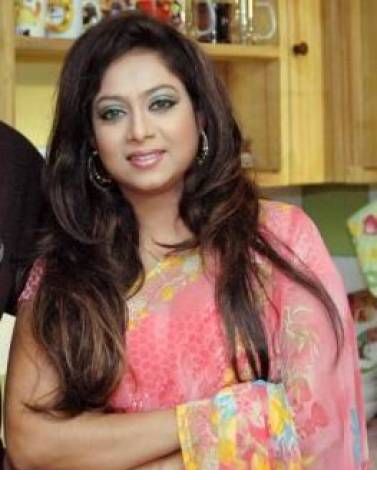 Sabnur’s father Shahjahan Chowdhury told, the child is born through surgery. Both mother and child are healthy. The child is born in a hospital in Sydney, Australia. Labour room at around 10 am yesterday, he was taken to the hospital. Doctors normally try to delivery, but the decision of the board meeting Caesar somewhat complicated because they are based. Sijarerai ultimately decided the interest of giving birth to children is safe.

When the delivery pain of Sabnur is entered to the hospital last Friday at 7 am.  Since then he was under the doctor. Anik and Sabnur was married date on 6th December 2012. This hero was just acting in movies. Sabnur also contrast. In 8008 ‘Bodhu Tumi Kar’ go to films built up a relationship between them. In the end this love marriage with the consent of both side of the family. Ever since the marriage news film career interests are kept confidential.

Earlier this month, the Australian Domestic Bangladesh told the news media sabnur marriage and unborn child. It was the child’s father Anik was in Dhaka. This is due to a busy business. At the time, the hospital was her mother, brother and younger sister Jhumur.

Sabnur’s  father Shahjahan Chowdhury  had launched a massive arrival of his daughter and grandson of the whole family happy for all the blessings sought for recovery. In 1993, Sabnur ame in Bangladeshi Film Industry through “Chadni Rath” directed by Ethesham. Nupur his real name. Since more than three hundred films in this popular heroine of the National Film Award.