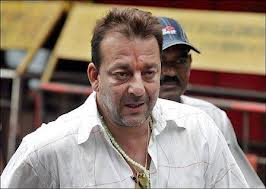 invalid weapons of your house.Courts said, in fours week Sanjay Dutta give caught to law.

In March, 1993 many powerful bomb blast in Mumbai continually. For this bomb blust 257 man died in place and injured were estimated 700 man. After relation of terrorists attack and invalid weapons keep on his house. This the main cause sentenced against of Sanjay Dutta. Under Terrorist and Disruptive Activities(Thada Act) hand of Mumbai police caught to Bollywood star Sanjay Dutta. Mumbai police the search of Sanjay Dutta’s house and police administration get a AK-56 and without license 9 MM Revulsion.