Shipan Mitra is a newcomer Bangladeshi film actor. He also known as modelling artists in Bangladeshi showbiz or media. He started his film career hand by Saikat Nasir upcoming political based movie “Desha- The Leader” with at that’s time hot and very popular actress Mahiya Mahi. 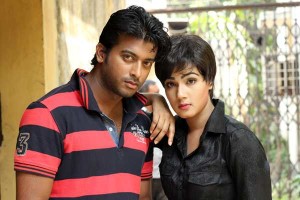 Shipan Mitra is a very smart and handsome hero in Bangladeshi film industry. Now he has signed one more movie. His signing movie filming is running. May be in this year will be released his first movie in Bangladeshi cinema hall. Audience may be accept the newcomer hero Shipan Mitra and he is the representative ours cultural specially films.

Height:
Shipan Mitra is a handsome and dashing hero in Bangladeshi film and media. He is the most tallest hero in Dhallywood. His height is 5 feet and 8 inches.

Hobby:
Shipan Mitra’s hobby is acting and traveling. He also likes hearing song. He is very interested made a garden where have amany flower tree and various types of flower of his garden.

Foods:
Shipan Mitra favorite foods is fast foods. He also like Chinese very much. He is very interested eating his mother’s hand made food, speacially bhuna Khichuri and meat.

Debuted film:
Shipan Mitra is an newcomer hero in Dhallywood. His debuted film is Desha- The Leader. The film directed by Saikat Nasir and with his Mahiya Mahi. The film based on political. Shipan Mitra’s play a political character role and Mahiya Mahi playin in the first time anchoring a TV show.