Shodorghat 2014 is an upcoming Bengali movie.The film based on legend film actress Suchitra Sen biography. The film directed by Sri Shankar Bhattacharya and produced by Anup Shah. The film will be released on both Bengali in theaters. 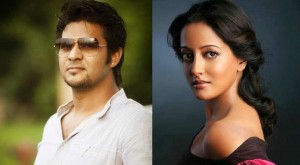 Movie plot:
Nirob has played by Akhram character Shodorghat Bengali movie. He is a great trip. Studies on film and media graduation completed afer come back home Country. Suchitra Sen can come to know about and are interested in working with him. He met with Raima Sen.

Munmun Sen and Raima Sen are acting in his film Shodorghat. Tarik Anam Khan starred in the movies from Bangladesh. He playing the role of friends of Suchitra Sen. Totally director and in this film artists very expected to this film.

Release date:
Shodorghat both Bengali movie shooting will be started on February 2014. A trusted news knows that, this film to be released on 2014 last time both Bangladesh and India.