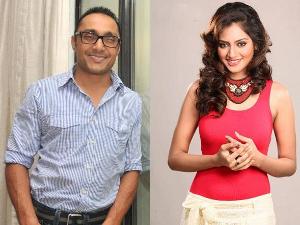 Nusrat Jahan the movie character name is Rusha. She lives in foreign country. Her mother was murdered. So she wants to revenge her mothers. For this reason, she come in India. Here introduce police detective Rahul Bose. Once upon a time they are good friends. Nusrat Jahan when abroad she study in Bio-chemistry subject. She likes Rabindra Sangeet.

Nusrat Jahan said, I am so excited because acting Rit da movie’s and with my co-actors Rahul Bose. So the film is my good fate. We expected that’s, the movie shooting captured started date on 24 February 2014.