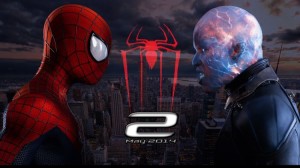 Movie plot:
Spider man three villains and their contrast with the story of the movie ‘The Amazing spider man 2. An orphaned teenager named Peter Parker Spiders bite to eat at a speed that is genetically modified, mesh weaving and gaining a lot of energy ‘spider man’ is transformed. The first movie to take revenge for the death of his uncle with him in this capacity. This movie can be seen uniting to fight against the powerful super Villain. Electra Energy spider man main villains than can be seen, there is another with two villains Rhino and The Green Goblin. How so powerful villains hand shall save his beloved city, country and himself at the same time? There is no need to wait for the answer to be released in movie theaters.

Release date:
The Amazing Spider Man 2  upcoming superhero movie will be released on May 2 2014.