The Bastard Child Movie story based on Bangladeshi 1971 realistic plot. It’s an Bollywood hindi movie and it is the first Indian movie ,when this movie plot in Bangladeshi issue. The movie ain actress is Raima Sen. 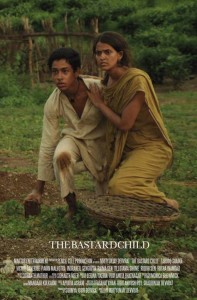 Pakistani soldiers raped women during the war, brutality and simultaneous protests have revolved around the story of the movie. Inraneil Sen Gupta has played the role of a journalist. Raima Sen his opposite co-actors, who raped by Pakistani soldiers.

Most are shooting movie scenes were drawn at 21 day and at night. Raima Sen said about the character of a raped woman’s body language and eye gaze enhanced pain was very difficult. The use of rape as a weapon of war has been the freedom of religion. Pakistani Bangladeshi women give birth to the son tortured brutally rape and intimidated at the same time – in their, helpless women mubhitite nicely depict the story of the warrior-turn debut as director.

The movie trailer has been released through various social and Facebook, YouTube. Bangladeshi mass-media visitors and movie critics have responded in a movie.