The Villain 2014 is an upcoming new Bollywood Hindi movie. The movie genre is romantic and action. It’ movie main casting by Sidharth Malhotra, Shraddha Kapoor and Riteish Deshmukh. The movie making under the banner of Balaji Motion Pictures. 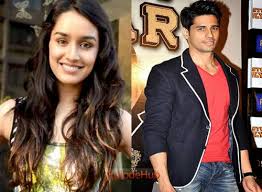 Through The Villain hindi movie Bollywood will be get a new paired Siddharth Malhotra and Shraddha Kapoor. It is the first hindi movie of together paired up. Riteish Deshmukh is real comedian hero in Bollywood. He known very well as comedy hero in hindi movie world.

Track lists:
The Villain hindi movie music directed by Mithoon and he is also known a fapous lyricists in Bollywood. The Villain movie music album will be released on 20014 in March.

Release date:
The Villain upcoming hindi shooting was started on June 20, 2013. The romantic and actions hindi movie will be released on June 14 2014.