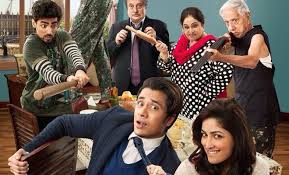 Movie plot:
Total Siyapaa movie is romantic comedy movie. Aman is young man who lives in London. His girl friend name is Asha who lives also in London. They are falls in love with each others. Aman wants to marry Asha. For he gone to visits Asha’s parents house their permissions. He wants to impress her family but presences a problem, when he knowns that he is a pakistani. After occurs many funniest and outrageous conditions.

Track lists:
Total Siyapaa is an upcoming hindi movie music directed by Ali Zafar himself. He also lyricists in this movie songs.