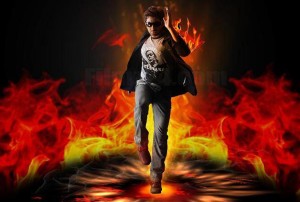 Upoma upcoming Bangla movie starring by Tollywood superstar Jeet, Dhallywood popular paired Mousumi and Omar Sani. They are leading character in this movie. After agreement with the three-star Jeet-‘s played after the short screenplay will be Update said Raju Ahmed. Who will play no role, she negotiated the final decision yet.

Jeet started his career as a model and his acting life started by the TV serial. Bollywood hero was standing after the intoxication in Mumbai. The first film ‘Chand’ Flop writing down the names. Then was introduced Bengali director with Haranatha Chakraborty. He made with Jeet “Shati”. The film was released on 2002 with against Priyanka Trivedi.

In 2003 the pair teamed up with actress Koel Mallick and srabanti . Jeet and Koel Mallick first movie was “Nater Guru”. Although Bandhon, Yuddho, Shuvodristi, Ghatak, 100% Love including more movies. Srabanti first movie ‘champions’. Has played more ‘Wanted’Josh’ Fighter’ and ‘Deewana’ films . Finally ‘Boss’ subhasree Ganguly played in the first movie. This year will be played Jeet ‘Bachchan’ and Game film . Bachchan film will be played against the Aindrita Roy and payel Sarkar.

Mousumi and Omar Suni again back together paired by Upoma Bangla movie. This combination of political thriller movie ‘Leader’ shooting in the closing stages. It’s movie directed by Dishadul Haque Shimul. And Mousumi’s others upcoming movie is Mostafa Kamal Raj directed by “Tarkata“.

Upoma is the third Bangla movie of Director Raju Ahmed. His first movie was “Bhul” was released on 2012. Anchol is coming through this movie and she is now busy heroine in Dhallywood. Raju Ahmed’s second movie is “Oshomo Prem” starring by Nayak Raj Razzak, Emon, newcomer Orin, Maria Chowdhury and Bapparaj.

Release date:
Jeet, Mousumi and Omar Sani together acted Bangla movie Upoma released date on 2015 first time. The film will be released on Bangladeshi cineplex or theatre hall at now.