Warning is the first Bangla movie of Shamim Rony. It is the directorial debuted bangla movie. The film shooting before he making few Advertisement and some drama. Now he is known as Bangla film director. He expected that, It’s will be a outstanding Bangla movie.

Warning movie starring by Arefin Shuvo and hot girl Mahiya Mahi. It is the second paired up Bangla movie of their. Their first paired up movie is Agnee. Agnee is an Jaaz Multimedia movie is not released. Agnee Bangla movie will be released on valentines day or 14 February 2014. A special character playing by Misha Sawdagor. 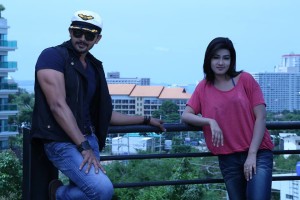 Arefin Shuvo playing a kidnapper role in this movie. Otherwise Mahiya Mahi playing leading character name is a TV reporter. Arefin Shuvo is a underworld  man. Every time he kidnapped many people for money.

Warning movie director Shamim Rony said, Next we called a news briefing for this movie. He also said Warning Bangla movie shooting started on August 2014. Next we will also more artists name announced.