Next month of May 2014 will be started on 4G in Bangladesh. From next month is going to be launched services in Long Term Evulution . With the coming of mobile operators in the country’s institutions, 2014-15 fiscal fourth- generation of Internet services will be introduced BTRC chairman Sunil Kanti Bose said . But at the same time do not get licenses and allocation of waves launched a nationwide network of buyers to its licensing policies problems not say anything clear about this mobile . Commentary on them , now they are focusing more on delivering services to buyers . 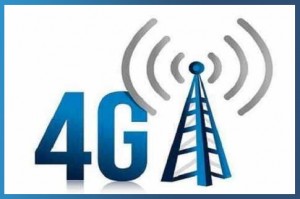 Sources already owned Russian companies Multineter BIELK LTE licenses and two of the 246 crore allocated 2 thousands 600 band waves are final . However, in accordance with the principles of this operator will be able to service only the data , not at all able to voice services . South Korean project using BTCL LTE technology will give Internet service . The license fee or waves from the project are expected to be .

In October last year , while buyers ( Third Generation ) mobile phone service was launched . State- owned mobile phone operator in the service of this company is going through . Technical assistance to China. Instead of 8 September auction buyers through the operations of four private mobile phone operator gets a chance Grameenphone, Robi , Banglalink and Airtel . Operators in accordance with the principles of buyers for 15 -year license . Of service to buyers all over the country in this year are reached .