Soham Chakraborty again onscreen by Amanush 2 with Tolly sweet and beauty queen fame heroine Payel Sarkar. It is the sequeal Bengali movie of Amanush. Amanush movie was released on 2010, which starring by Soham Chakraborty, Srabanti Chatterjee and Rehaan Roy. Amanush 2 Bengali is an romantic based upcoming movie. 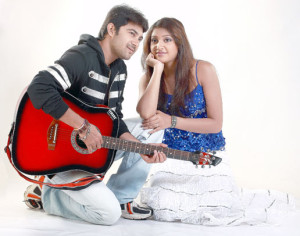 Soham Chakraborty and Subhashree Ganguly is going to again new paired in Tollywood Film industry breake in estimated 6 years later. Amanush 2 is the 2nd movie, which they are together acting in a same movie. So called this paired will be a romantic pair in Kolkata Bengali film world.

On the others hand Subhashree Ganguly is the most blockbuster hit movie owner. Her every Bengali movie were very blockbuster and box office hit movie. Her notable works were Challenge, Poran Jaye Jolia Re, Romeo, Khokababu, Khoka 420, Boss and more others etc.

Shooting Locations:
Amanush 2 Bengali movie shooting captured will be started on in this year (2014). May be 2014 years October months is the selected this movie filming. Amanush 2 movie shooting locations are Kolkata, Khalighat, Town Hall, Howara Bridge and songs for selected locations are Switzerland and Bangkok etc.

Release date:
Rajib Biswas directed by and soham Payel starring by upcoming movie Amanush 2 will be released on 2015. And this movie songs album released on Pahela Boishake.