Popular British film actor and director Bob Hoskins has died last Tuesday (29/04/2014). He was born 26th October 1942 in Bury St Edmunds, West Suffolk, England. He has died when his aged 71. He was coming in media 1969. His debuted film was Up the Front and debuted Television work was Villains. He received many awards his work acknowledgement. 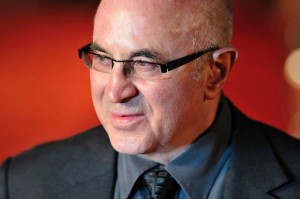 Bob Hoskins was first marriage 1967. His wife name was Jane Livesey (1967-1978) and second marriage time was 1982 and wife nae Linda Banwell. Now she was died. His 4 children. His causes of death attacked by Pneumonia.

Bob Hoskins also was a great music artist. He was known as famous and very popular film director and actor in Hollywood film world. He was his acting career started on 1969 by Unity Theater. He was then a a good and brilliant stage performer.

Maybe today he left the world to his fans but he survived for thousands of years in stay on earth. He survived his job by stay in earth. So best wishes to him on behalf of all the fans.