Imran Khan is a young talented Bollywood superstar name. He is known as Bollywood others superstar Aamir Khan’s nephew. He was born on 13 January 1983 in Madison, Wisconsin in United States. His father name is Anil Pal and mother name is Nuzhat Khan. 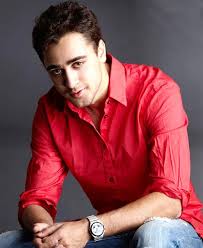 Height:
Imran Khan is handsome guy in Bollywood film industry. His height is 5 feet 10 inch. He is the most tallest super star in Bollywood.

Maritual Status:
Imran Khan is a married super star in Bollywood. His wife name is Avantika Malik who is non Bollywood superstar. His married year was 2011.

Awards won:
Imran Khan made ​​his acting skills in the minds of the audience as well, on the other hand have won many awards. He was awarded for the movie are as follows: Jaane Tu…Ya Jaane Na, Kidnap and I Hate Luv Storys etc. Among his awards are: Filmfare awards, Apsara Film & Television Producers Guild awards, Sabsey favorite Kaun awards, AXN Action awards, Cosmopolitan Fun Fearless Awards and GQ Men of the year awards etc.