Popular singer Kona and Fahim New Song album name is “Bolsi Tomake” 2014. Dual voice gave the album a song By Kona And Fahim. It is the third song album of Fahim. His first single album was “Bystho” released on 2008. In 2010 his 2nd single album was “Keno Bolona”. 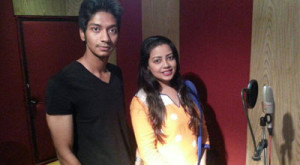 Fahim’s new album “Bolsi Tomake” will be coming on market at the beginning of the new year under the banner of the Dead lines. Total 12 songs in the album. ”Pakhi and Jani Tumi Ashbe Fire” are two songs of his first single song album’s remake. This album 6 songs are duet. Fahim’s with others duet singer are Kona, Nirjor, Arnik, Nowmi and Kolkata’s Sohamsondda. This songs music directed by Fuad, Nomon and Jewel Morshed.