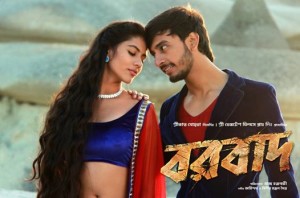 Raj Chakraborty is known as remake master in Kolkata Film Industries. He also is most famous and blockbuster hit movie director. His every movie was box office hit and high- grossing earning movie in Tollywood. Now he is busy his upcoming Bengali movie. His upcoming Bengali movie is Mafia, Yoddha- The Warrior and more others etc.

Borbaad (2014) Bengali Movie two song audio and video has been released in market. The movie title song name is Borbaad Hoyechi Ami by Arindam Chakraborty and others song name is Parbo Na singer by Arijit Singh and Prashmita Paul etc. May be in a short tile will be released the Bengali movie others songs in market.