Jeet and Subhashree Ganguly Starry Bengali movie Game. Game movie video HD song has released in online media. It’s movie total songs are (may be) 5. Bum Chiki Chikni Chiki is the most of them. Very soon Game..He plays to win movie all video song will be released in market. 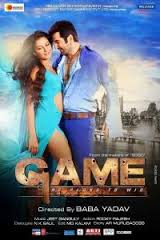 Game ..He Plays To Win is an action based upcoming Bengali movie ,which starring by Tolly heart throb super star Jeet and hot mega star Subhashree Ganguly. It is the second paired up Bengali movie of their. Their first movie was Boss.

Game Bengali movie music directed by renowned Both Bengali and Hindi film music director Jeet Ganguly. Jeet Ganguly said, I’ve made ​​songs with a lot of care. Hopefully we’ll see a lot of songs. The film director Baba Yadav said, in keeping with the period of the story made ​​the movie. Take all the classes in which the viewer.