Imran is a name who is name involved with song world in Bangladesh. Channel I Best vocalist singer Imran is now a choose of new generation and modern singer. He is a talent singer in present time. His upcoming album name is”Tumi”. It’s the second single album of his. He said, I done this album’s all song lyricist and music direction. 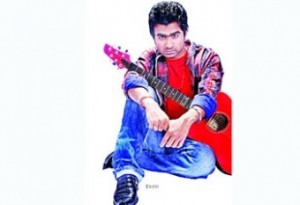 Imran said,I composed this album keep on Paheyla Baishakhee. Mine this album very speacail than my first album. This album will be come market on 2th April,2013. Totaly “Tumi” album will have eleven songs. Eleven songs is common word ‘Tumi’. For this reason this album name is “Tumi”. Last 4 months i try to hard composed by this songs.Songs fans will be get new someone else by this songs.

Mention, Imran come on song world by competion of Channel I Best Vocal. Inout Imran first album released on 2011. This album was single album of singer Imran. After long one break he come back released his second single album “Tumi”. Imran said, I am very excited to this album and alls like this album songs.