Although it is true that I will not be surprised.  One notable Folk Rabindrasangit sing Close-up 1 singer Mashiur Rahman Rinku.  And this is the first work of its rabindrasangit.  It is not – it is a album rabindrasangit done this singer.Â  This is the eighth solo album Rinku. Name: Baoul Bashe Rabi Tagore ‘. Pohela Boishakh Rinku the occasion of his production of the banner of the album. 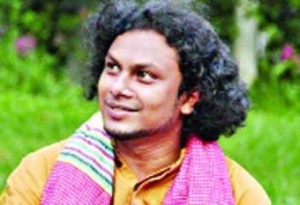 Some songs are simply arranged album. And I refuse to hear the album ‘Baoul Bashe Rabi Tagore. He played for the first time Rabindrasangita said, childhood i performed Najarulasangita. I never Rabindrasangita sing. The music was all the work of a good time. But the album is not good. Note that the banner is sangita Rinku seventh solo album ‘Jogoth Bondhu’

Australian expatriate artist Rizvi Wahid came to his part-country tour. However, once esay ever in her new video released few details of the decision. The two new videos that they would also have to start working. Rizvi said, ‘I’ll have to work on two songs with the creator of the series. I want my audio from the album, such as the diversity of diversity to bring my video album. Mixed album this month, the two of them work. I have to play like any film – back when. A song – a song like crazy as I gaibara mukhiye for all time.