Craig as James Bond in the same sutoya thread. Craig adapt himself to the character of James Bond. So ‘skyfall’ Super duper movie has been hit. ‘Skyfall’ movie of success at the recent’ James Bond ‘series for the next two Bond film title role performance contracting is Daniel Craig. 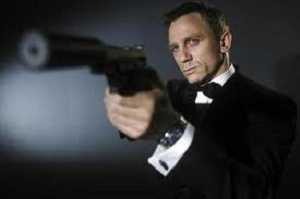 The success of the James Bond series starring Craig was touching the sky at 23th in movies ‘skyfall’. After the release in October last year to 1.1 billion dollars in box office revenue record Bond film history ‘skayfall’. The taste of success for the next two films in the series include bonds are 45 years old British Bond star Daniel Craig.

In the next three years in the Bond series has declared MGM next movie releases. ‘Skyfall’s extensive management agreed to the success of the next movie after a series of bonds because of looking for a new director. Hopefully, the new name will be revealed soon one of the most successful film producer and distributor in the world MGM. News-New York Daily News’.

The movie refers to a series of bond MGM said, Chairman and Chief Executive Officer Gary Barbaro, series 24th bonds have started the process of creating the movie. At the moment of writing the screenplay fully work going forward. The movie of the Crew or some other not known Gary repeatedly.