Football World cup 2014 in Brazil theme song title is La la la. Theme song singer shakira is the most popular singer in the whole world. 2010 South Africa World Cup ‘Wakar Waka, had charmed the world by singing Shakira’s football. Fans of the music still comes back. The songs for the next World Cup in Brazil bound Shakira 2014. This time the song title ‘La La La’. 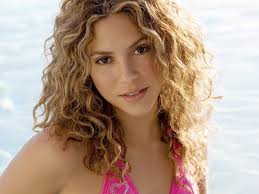 Name of the song ‘Dare’. This song is famous Colombian pop singer Shakira seeking to preserve Brazil’s World Cup matate. Shakira says in the context of the new songs, “I am optimistic about Brazil in the World Cup this song popularity. For the World Cup, I’ve only made ​​this song myself. “This song will be staged during the sarikara son Milan.

37 years old Columbian pop star himself wrote the music itself. This can be seen in the video Shakira son. This song is Shakira in his album “Can not Remember to Forget You” is viewable. After having five-year intervals with this album, Shakira returned back to the audience.