Awarapan-2013 is new bengali movie (kolkata). Awarapan is a big budget movie. This movie is full of romance and 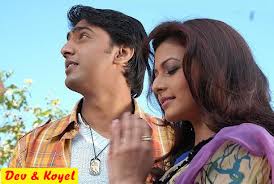