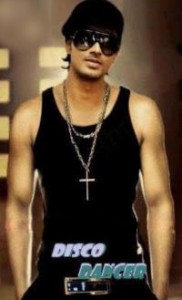 Story :
Disco Dancer movie based on action, hot love and dancing competetion. A street singer and dancer is the central character in this movie. A street boy,who is a talent. This movie took a talent boy,s life and his struggle.

Release date :
Disco Dancer movie will released on last time of this year, 2013.