Himmat the actional movie of Bengali 2014. Completely different story and action will be taken has appeared on the screen Dev and koel again. Hits Director Ravi kinagi with their. The production of more Shree Venkatesh Films Limited. Director said Himmat may be a good movie and we will be expect blockbuster in 2014. 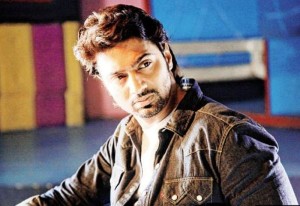 Dev and Koel mollick name which name added hits and successfully blockbuster commercial bangla movie. They are very popular actor and actress in Kolkata Bengali movie. This movie made of action theory and climax. Director Ravi Kinagi emphasis in this movie song and shooting. He said, we will try to a good movie, so audience positively accepted my movie Himmat.