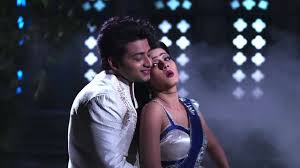 Rose is the newcomer in Bangladeshi film industry. His also known as super hero heroine champion  and his position was third. For acting in film he avoid drama and telefilm in TV media. Dobir Saheber Songsar is the second acting movie. His fist acted movie is Mayanagor. Rose play that’s character this character was played young hero Symon Sadik.His role is replacing in this movie. Specially reason Symon Sadik out in this movie. Mention he shoot 15 days in this movie.